How to add keyboard shortcuts to macOS Shortcuts automation

Because we are publishing many very useful automation Shortcuts for Hookmark that enable you to copy links and hook stuff together, it is helpful for you to know how to assign keyboard shortcuts to macOS Shortcuts automation.

Very easy to do from Shortcuts app.

quoting from Run a shortcut while working on your Mac - Apple Support (CA):

Trigger a macOS automation shortcut with a keyboard shortcut

Note: Some keyboard shortcuts are reserved for system use and cannot be overridden. 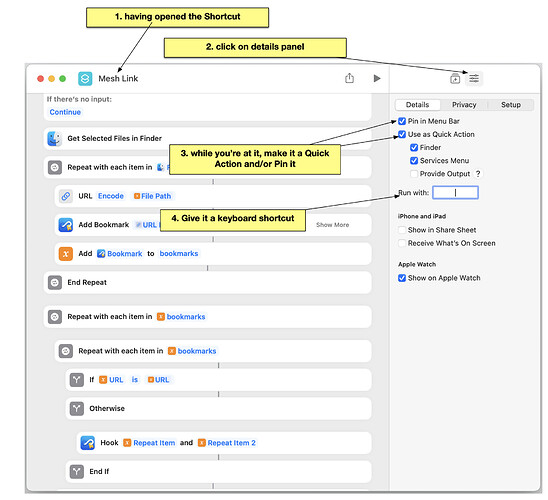 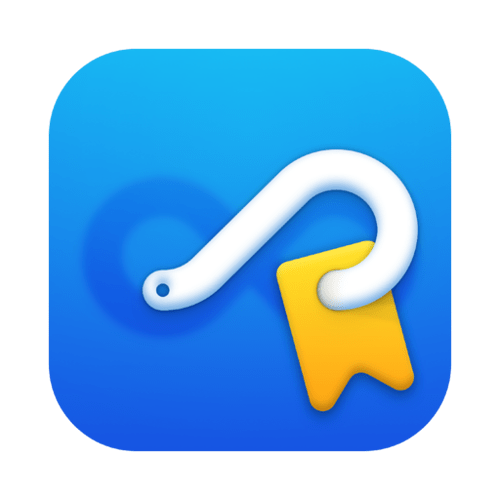 You can automate Hookmark Pro using Apple’s Shortcuts app. The uses and benefits are unlimited. This page contains a directory of Shortcuts that use Hookmark's actions. You can download these shortcuts and install them on your Macs. This directory...

Apple made a silly, self-defeating apparently arrogant, mistake when it called its ‘new’ automation tool “Shortcuts app”. This is utterly confusing for users of all levels of expertise in programming and in English, because “keyboard shortcuts” long predates Apple’s terminology.Apple itself has “keyboard shortcuts”! Apple got away with the “iPad” brand name (as I predicted on the date of its announcement); but it will not get away with its poor choice of words here. Even experts find it very hard to google its automation shortcuts. It’s 2021-11 and Google hasn’t learned intent, nor will it. Not Google’s fault.

How to get out of its bind? Apple could preserve “Shortcuts” and add a prefix, like Automation Shortcuts. If it retires its workflows app, it could call them “Workflow Shortcut”. After all, it’s Shortcuts tech is a repackaging of the Workflows app it bought. But I will leave it to Apple to think of something better.

While we’re at it, Apple calling Notes “Notes”, and “Mail” mail is also arrogant and problematic. There are many note taking apps. Usurping the term “Notes” made it very awkward to refer to multiple types of notes in one document. To be clear we need to say “An Apple Notes note”.

I prefer the ways of “iMessages”, etc. etc. I’d prefer iNotes, and iShortcut. Think I’m nuts? well, Apple does not call its phone the “Phone”. Nor the iPad the “Pad”.